You are using an outdated browser. Please upgrade your browser to improve your experience and security.
Home > News & Media > Bloom Festival Celebrates Spring

Visitors and regional residents are taking in the floral glories of the Great Southern in the 2021 LiveLighter Bloom Festival.

We helped to start the Bloom Festival in 2011 and have supported its growth over 10 years. This year’s event opened on 18 September – with an official launch on Sunday 26 September – and runs to 17 October.

Regional Development Minister Alannah MacTiernan MLC officially opened the event at the Formby tanks in the Shire of Gnowangerup. The decorated tanks and the tractor Lucinda are part of the Horsepower Highway, a 75km trail of vintage and quirky tractors from Broomehill through Gnowangerup to the Stirling Range National Park.

Highlights of the 30-event Bloom Festival include the one-day guided Kambarang Tour, which explores Noongar stories and culture in the upper Great Southern. Long table lunches, exhibitions, workshops and wildflower walks feature in the program, which is available on the Great Southern Treasures website.

The Bloom launch also featured the launch of the new Stirling Range Trails App, a guide to seven walking trails and three drives in the Stirlings. The app’s maps and notes can be downloaded for offline access.

A new round of grant funding through the GSDC offers support for community-led projects that will create long-term economic growth and jobs in the region. 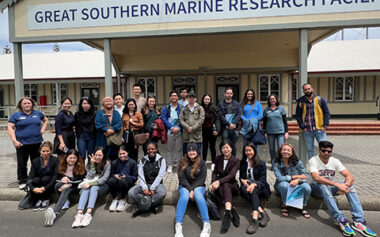 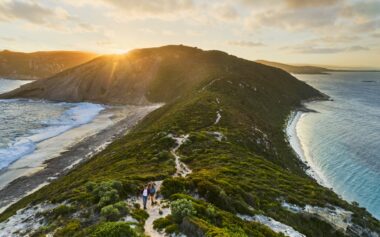 Partners in the Great Southern Centre for Outdoor Recreation Excellence have welcomed the official launch of the initiative.
View More Articles